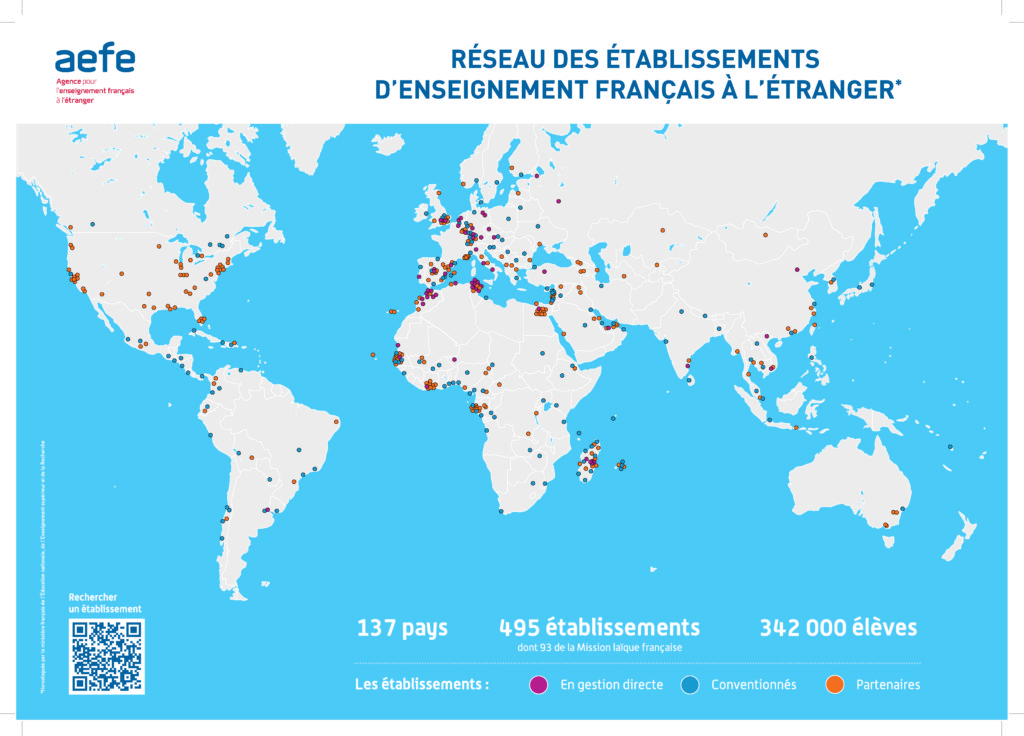 The Agency for French Education Abroad (AEFE) is a government institution supervised by the French Ministry of Foreign Affairs. Founded in 1990, it is responsible for monitoring and managing the network of French schools abroad.

The AEFE is the guarantor of the French education system abroad. It plays a key role in expanding France’s cultural and linguistic influence throughout the world and serves to boost the appeal of French higher education.

This academic network, unique in the world, is made up of 494 schools, which welcome over 335,000 students in 136 countries.  The consistent, high quality education delivered in these schools, together with the associated values, are the hallmarks of a network unique in the world for its breadth.

School accreditation a seal of quality

Accreditation by the French Ministry of Education certifies that the teaching provided by the school complies with the demands, curricula, teaching objectives and organizational rules of the French education system. All students from accredited schools can pursue their education in another French school without having to take an entry examination.

Schools are required to periodically prove that they meet accreditation criteria (acceptance of both French and foreign nationals, preparation for French examinations, employment of qualified French staff).

A vast network of schools in rapid expanse

For over 20 years, this network has seen a rise of more than 50% in its numbers. A true sign of the quality education AEFE delivers in its schools.

France is the only country in the world that has such a vast network of international schools financed in part by the French government and in part by school tuitions.